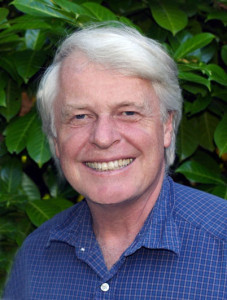 Robert Turner is the author of 18 books on transportation history and several others are in preparation. He has also written approximately 400 articles and reviews in magazines and journals. He has given numerous lectures and over 4,000 of his photographs have been widely published in books and magazines and well as being featured in exhibits.

He is a Curator Emeritus at the Royal BC Museum in Victoria after having been their Chief of Historical Collections for many years. As a heritage consultant, he has extensive experience with heritage sites, historic railway operations, restoration projects and museum developments from many countries. He has worked for the Canadian Museum of Civilization, the Canadian Parks Service, the City of Vancouver, the Prince George Railway and Forestry Museum, the Dawson City Museum, the City of Nelson, the Canadian Museum of Rail Travel, the Cowichan Valley Regional District (Kinsol Trestle Restoration), and a number of other institutions and government agencies. Since 1988 he has been honourary Historian and restoration and interpretation advisor for the SS Moyie National Historic Site at Kaslo, B.C. where work is underway to restore the world’s oldest passenger sternwheeler. Bob has also provided many volunteer services for museums and historical societies throughout British Columbia over many decades.

In 2009 he was a writer in residence at Pierre Berton House in Dawon City, Yukon, where he worked on a history of Yukon River vessels.